St. Patrick, Pray for Us! 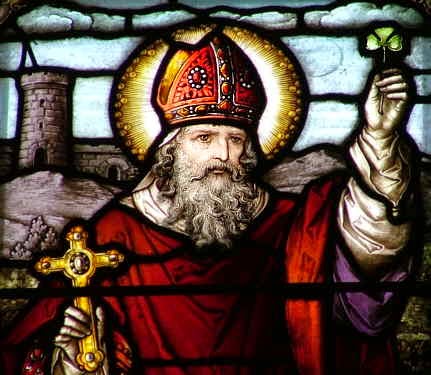 St. Patrick, Pray for Us!

The New Crusade: The Election, Spiritual Warfare, and You 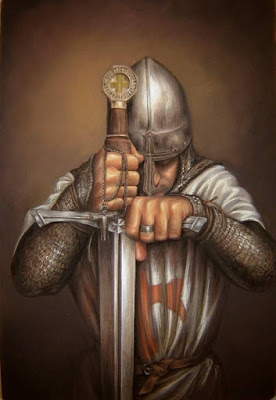 One of the most heated and controversial elections in the United States is happening right now and a lot has been said about not only how we vote, but where are are going as a country. People have come to see that the mentality of our country from just 20 years ago has now changed drastically. Not only have the advances in technology changed our thinking, but also the rejection of religion and God as an integral part of our daily lives. This has caused much division and concern not only between the people of the country, but even among the people of faith. So many may ask "what are we to do?"

Many are pitted against a party hat has the most pro-choice, anti-religious liberty, and pro-gay marriage platform ever, and another party who nominated a man who has said horrible things about women and minorities, and whose beliefs have changed constantly in the past 20 years. This has caused many to "look the other way" on the issues with either candidate, or support them for something they will change. One of these central issues for people of faith in this election is that of religious liberty.

Many hope that religious liberty will be preserved if we vote for one particular party, and that we should look beyond what the candidates did or said because we need to "vote for the 4 supreme court justices." Now, this post is not about bashing why people vote or even about who to vote for, but to help people realize that no matter who gets elected this November, we will continue to lose religious liberty and experience more percussion. Electing one particular person or party is not going to fix our declining religious liberty in this country because religious liberty is not just about laws, but the mentality and disposition of people. Ideologies do not change by creating laws; it changes by people who live according to a certain ideology. This is why it is important for a new kind of Crusade: A Crusade for our spiritual lives.

As we have already seen, religious liberty not only in the United States but around the world is deteriorating. In fact, outside the United States it seems to be worse, causing us to become complaisant in how we live and do things. Our spiritual lives have become all too comfortable and lazy that we have become spiritual couch potatoes when it comes to working on our spiritual lives. Most people have been able to live how they want without challenge and a mentality of "You do what you want, I will do what I want." This has caused us to be unprepared for the coming battle of our faith and even our lives. We are approaching that day were we are no longer free to live our faith in our lives. Freedom of worship and beliefs will not only come under fire, but even be suppressed if we do not wake up and get off the couch.

We too often see today that despite having a majority Catholic Supreme Court and a major party that says they back religious liberty, that religious liberty is being eroded. Far too often we entrust our religious liberty and our freedoms in the hands of a few people so that I do not have to offend anyone, or do not have to put much effort in myself. This idea of others protecting us has lead us to this spiritual laziness that we don't need God in all aspects of our lives, nor do we need to grow in our spiritual lives. This election is more than just who we elect, but a wake up call to the battle that is to begin.

No matter the outcome of this election, let us be resolved to prepare for the battle; a New Crusade for our spiritual lives. Let us abandon our complacency about growing our spiritual lives. For if we do not prepare for this spiritual battle that is upon us, we will surly fall short and lose our lives in the coming persecution. Things will only change we we all coming together in the Church and remain grounded in Her and Her teachings. This is how ideologies change; by our example. By standing up for our faith, we must have an immense devotion to prayer and our steadfast foundation in Our Lady to withstand the tides of persecution. Let us pray for this grace and be ever mindful of our spiritual lives.

Posted by Patrick Blenman at 11:58 AM No comments:

I am a Roman Catholic college seminarian for the Archdiocese of Cincinnati from Holy Angels Catholic Church in Sidney, Ohio. I attend Bishop Simon Brute College Seminary in Indianapolis, Indiana. The posts and comments you see here are from me, not that of the Archdiocese of Cincinnati or of Bishop Simon Brute College Seminary.

Want to know more about vocations and seminary?

Other great blogs by seminarians